It’s time to talk about the key part of winning baseball games: BASE RUNNING.

Becoming fundamentally sound on the base path doesn’t go away after little league. As competition and the level of play increases, so does the importance of base running.

The difference between a one run lead and one run deficit can be altered by how good your team is running the bases in any given game.

Every situation is different in each ball game, and having crisp fundamentals and mindsets on the base path will improve your chances of winning every time you cross the lines.

The Colorado Dugout Club has some of the best coaches in the nation, including head coach of the Tennessee Volunteers Tony Vitello. Tony leads the Volunteers year after year as one of the best teams in the nation, and he constantly preaches base running to give his team the edge in the SEC. In the video below, Tony talks about reading balls in the dirt, and making sure his team is drilled on making the proper reads in practice so that they translate to the games. 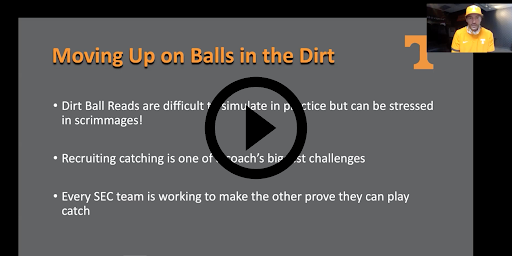 As difficult as it is in practice to simulate, the importance of drilling these reads into your players will translate into the games and become instinctual.

Coach Adam Szabo, Founder/CEO Excelerate Athletic Development, is big on watching film of top athletes to show examples of proper base running technique to younger players. In the video below, he breaks down different situations on the base paths from major league ball games that can make the difference between being out or safe. 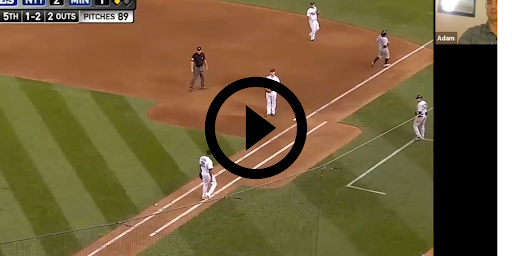 Duke Baxter, CEO & Head Coach, Zoned Sports Academy & Co-founder of Dominate the Diamond, emphasizes the importance of sliding and the proper technique of going into a base. In the video below, he talks about sliding mats, and how it can help younger players get over the mental barrier of sliding and practice the right way to do it without injuring your players. 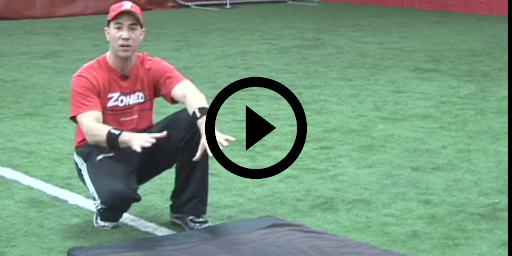 Using the sliding mat is another practice element that can be used at any level of the game. Making sure you are sliding the correct way while also being able to drill technique while avoiding the wear and tear is key for players to improve their baserunning abilities.

Base running is not always at the forefront of a coaches practice schedule, but having your players coached up the right way can win ball games that you would otherwise lose. Every level of baseball requires players to know their way on the base path, and practicing these techniques not only helps out the team, but can also turn a player into a 5 tool athlete.

The clips above are taken from the following complete courses. To learn more click the links below: